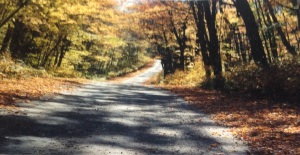 Swirling down to deep dark pools,
Streams from high on the mountain tops
Sweep over white rocks, through gritted
Sand bars, seeping into emptying pits,
Collecting grains of pure gold dust,
Depositing them in crannies, treasure pots.
Clear water running over slabs of sandstone,
Cascading down grey igneous rock
From the miasma of long gone eruptions.
Trickling along sloping stones, dipping
Into flatbed waters where minnows swim;
Where kingfishers dart for silver fish,
Their turquoise and orange feathers, like
Swift rainbows, here now, then gone in a second.
Snow and rain fall, becoming as torrents,
Or lazy gentle rivulets. Nosing into valleys.
Meandering through leafy glades, wetting
The ground, richness for meadows, the daisies,
Poppies, yellow gorse, cow parsley. Streams
Where herons wait to spear a silver
Meal, for water voles in muddy banks and weasels,
Looking for a tasty treat, for ducks and geese
To wade and wallow, swim and dive.
The ripples trickle down, become eddies,
Pools, great flowing waters, even to the sea.
All because the mountain gave forth,
Multiplying, burgeoning, outpouring through
This earth, through meadows, across plains.
Great meltwater, feed the soul; nurture myriad things.

How precious is water? How often do we now squander this life-giving commodity? Wasted! Quite often. I suppose, I hope, most of it drains away to the ocean, here it is otaken up as cloud, filled with drops that rain down on the land, or freeze on the mountains. Where the sun melts the snow and ice, it runs down to form streams, rivulets, pools. On to provide the parched earth with moisture where plants grow, animals survive, and we humans mutilate.

We build dams, not much for the good of the earth, but for hydro-electric plants so we can have light, make things, use it for our own purposes. Occasionally, Nature and Mother Earth, sup from the cup, but it is we who get the lion’s share, we who ruin villages, swamp trees and force wildlife to move elsewhere to live, if they can, so that we can inherit this world with more vigour and gusto.

Yes, I know, all these dams provide work for a certain amount of people. But is it worth it in the long run? Have we killed off species by flooding the area, and, ergo, would they have died off anyway, or has mans’ interference brought about their demise faster. Or again, are there more than enough to keep the speces going, even though this small area has totally annihilated them? Phylosophical questions indeed.

And should we worry if an insect species has been rubbed out by building a dam? My answer is yes, we should worry. Other species, say birds or small mammals, might depend on those insects for their lives, and so on up the chain. It is the old adage of ‘if we went back to the time of the dinosaur and stepped on a bug, would that one event have changed our current history???

Kind of moved slightly off the subject, but I believe they are all connected. Too many occurences now are observed in isolation as in ‘one sees the tree but not the forest’. Perhaps I too have been guilty of the same thing, in that I have only quoted hydro-electric dams, where I should also be quoting open cast mining, fracking ( which I abhor), large scale logging, and so on. And I suppose this has all been said before by better minds than mine. I am just adding my own feelings here.

It is sunny in my part of the world. Hope it is the weather you would like in yours.

Hythe from the Seventeenth Century

A Blog About Wherever My Mind Takes Me.

Morgen 'with an E' Bailey

Where anything can happen and does